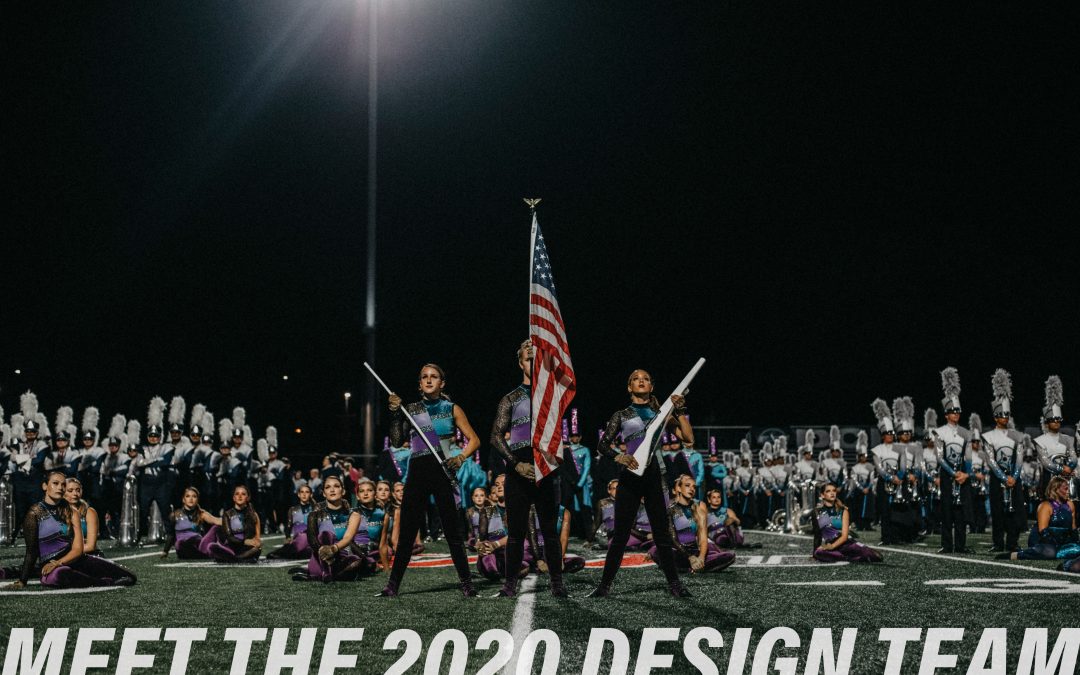 The Louisiana Stars Drum and Bugle Corps Board of Directors is happy to announce the design team for the 2020 season. Building on the positive momentum of our 2019 season, keeping a consistent design team was crucial to the organization’s plan for growth moving forward. While you may see many familiar faces returning to the design team, this is only the beginning of many exciting new things coming to our 2020 program. Meet our 2020 design team below! Todd Clevenger has been involved in the Pageantry Arts for over 30 years as a Designer,Instructor,Adjudicator,Consultant and Clinician. Todd served as the Visual Caption Head for the Troopers Drum and Bugle from Casper, Wyoming in 2016 and 2017. Todd was also the Visual Caption Head for the Blue Knights Drum and Bugle Corps from Denver, Colorado in 2013 and 2014 and was also on the visual staff for the Glassmen Drum and Bugle Corps from 2004 through 2008. Todd has been involved with dozens of High School programs all over the United States including Mililani HS,Ben Davis HS, Center Grove HS, Franklin Central HS, Northmont HS, Greenwood HS, Ooltewah HS, Las Vegas HS, New Palestine HS and Hilliard Darby HS. Residing in Greenwood, Indiana Todd holds an Education Degree from Indiana State University in Terre Haute, Indiana. Todd also is an active public address announcer for several competitive pageantry circuits including WGI Percussion World Championships. In his free time Todd enjoys following his favorite sports teams the Indianapolis Colts, Indiana Pacers and Indiana Hoosiers. Todd lives with his wife Michelle and their two cats Waldo and Nymphie. Evan T McAleer is extremely happy to be returning for his fifth year with the Louisiana Stars of which this will be his third as Visual Caption Head and Designer. Evan is an active performer, designer, and educator. Evan has been a visual and drill designer for numerous schools across Louisiana for the past 7 years, and is thankful for the opportunity to help create performance opportunities for performers of all skill levels. In addition to his work in design and education, Evan serves as a member of the Allumer Quartet of which he is a founding member, and continues to work toward expanding the horn quartet repertoire through the commissioning and premiering of new music. Ward Miller (b. 1978) grew up in Loachapoka, a small farming community near the city of Auburn, Alabama. He earned his bachelors of music education from Auburn University in 2001, where he served as webmaster, arranger, and an undergraduate teaching assistant with the Auburn University Marching Band. He graduated from Arizona State University in 2003 with a masters in Trombone Performance. While in the Phoenix area, he served as a part time assistant and clinician with the Paradise Valley High School bands, the Mesa Community College Wind Ensemble, and the Phoenix Symphony Guild Youth Orchestra. He taught public school in Alabama for three years, serving as Director of Bands at Andalusia High School and at Pleasant Grove High School. Dr. Miller has served as the Musical Arranger, Drill Writer, and Assistant Director of the Macy’s Great American Marching Band in New York City since 2006. He was the director of the All-Star Band at the 100th annual Cherry Blossom Parade in Washington, D.C. He has appeared as a guest conductor and clinician and multiple concert honor bands throughout the United States. His marching band arrangements have been performed at competitions, including in Bands of America regionals, by high schools and colleges across the country. In 2014, Dr. Miller was appointed the Brass Caption Head for the Blue Stars Drum and Bugle Corps of La Crosse, WI. Under his leadership, the hornline has placed in the top 12 and made finals for three consecutive years. His arrangements have been published by the DevMusic Company, and he is a published composer with the Tuba-Euphonium Press. He currently resides in Minneapolis, MN where he spends his time arranging and composing, and working as a music education consultant clinicing and judging bands.

His drum corps experience started in 2011 as a member of the Glassmen Drum and Bugle corps in 2011 and 2012. He then went on to perform with the Santa Clara Vanguard during the 2013 marching season. Eric is very excited to start his 6th year with the Louisiana Stars and 2nd year as the Brass Caption Head and Designer. Troy Breaux is Coordinator of Percussion studies at the University of Louisiana at Lafayette where he teaches courses in percussion performance and pedagogy in both the classical and jazz areas. In addition, Mr. Breaux is the artistic director of the UL Lafayette Percussion Ensemble and Steel Drum Band and the World Percussion Ensemble and is the Percussion Caption Supervisor and Arranger for the Louisiana Stars Drum and Bugle Corps. Prior to his appointment at UL Lafayette, Mr. Breaux served on the faculties at the University of Tennessee and Auburn University where he taught courses in percussion performance and also served as Assistant Director of Bands and Director of Jazz Bands. From 1993 to 1996 he was the Assistant Director of Bands and Percussion Specialist for the Seguin Independent School District in Seguin, TX. There he developed a comprehensive percussion curriculum for students in grades six through twelve and the band was a consistent finalist in the Bands of America Southwest regional competition. As a performer, Mr. Breaux has appeared with the San Antonio Symphony Orchestra, the Mid-Texas Symphony, and the Los Colinas Symphony, and is a former percussion section leader of the Phantom Regiment Drum and Bugle Corps. Presently he performs with the Acadiana Symphony Orchestra, the UL Lafayette Faculty Jazz Ensemble, the Garth Alper Trio, and is the timpanist for Chorale Acadienne. Mr. Breaux has appeared as a soloist and clinician at universities and percussion festivals throughout the United States and Canada and is a regular adjudicator for the Percussive Arts Society International Convention Marching Percussion Competition. He can be heard as a featured performer with the University of North Texas Wind Symphony on its Klavier record label recording of Déjà Vu for Percussion Quartet and Wind Ensemble by Michael Colgrass. As a jazz drummer, Mr. Breaux has recently recorded two CD’s, Deflection with the Garth Alper Trio, and Let Go with the Joe Butts/Pat Sheng quartet.  Mr. Breaux is an Artist/Clinician for Pearl Drums, Innovative Percussion Sticks and Mallets, Sabian Cymbals, and Remo Drum Heads. His original compositions for percussion are published by Drop6 Media and appear on several state solo and ensemble lists. His composition entitled Ostinato-A-Koto was presented at the New Music Session at the 2000 Percussive Arts Society International Convention. Mr. Breaux holds a Bachelor of Music degree in Music Performance from Louisiana State University and a Master of Music degree in Music Performance from the University of Miami. He has studied percussion with Dr. Robert Schietroma, Dr. John Raush, Dr. John Wooton, Marty Hurley, Ney Rosauro, and Fred Wickstrom, Afro-Cuban percussion with Luis Benetti, drum set with Ed Soph, and conducting with Eugene Migliaro Corporon during doctoral studies at the University of North Texas. As a marimba soloist, he has performed on master classes for Leigh Howard Stevens, She-e Wu, and Robert Van Sice. Gunner is a resident of Hattiesburg, MS and a former student at USM. During his time at Southern Miss, he was the principal percussionist of the Wind Ensemble, captain of the Pride drumline, and vibraphonist in the Jazztet under the direction of Larry Panella. Gunner has been involved in drum corps for 8 years, playing snare drum with the Blue Knights in 2013 and teaching at Louisiana Stars since its inception in 2014. In Hattiesburg, Gunner is a battery tech/arranger for state-champion and WGI world class finalist Petal High School, and a piano instructor at Groove House Music.