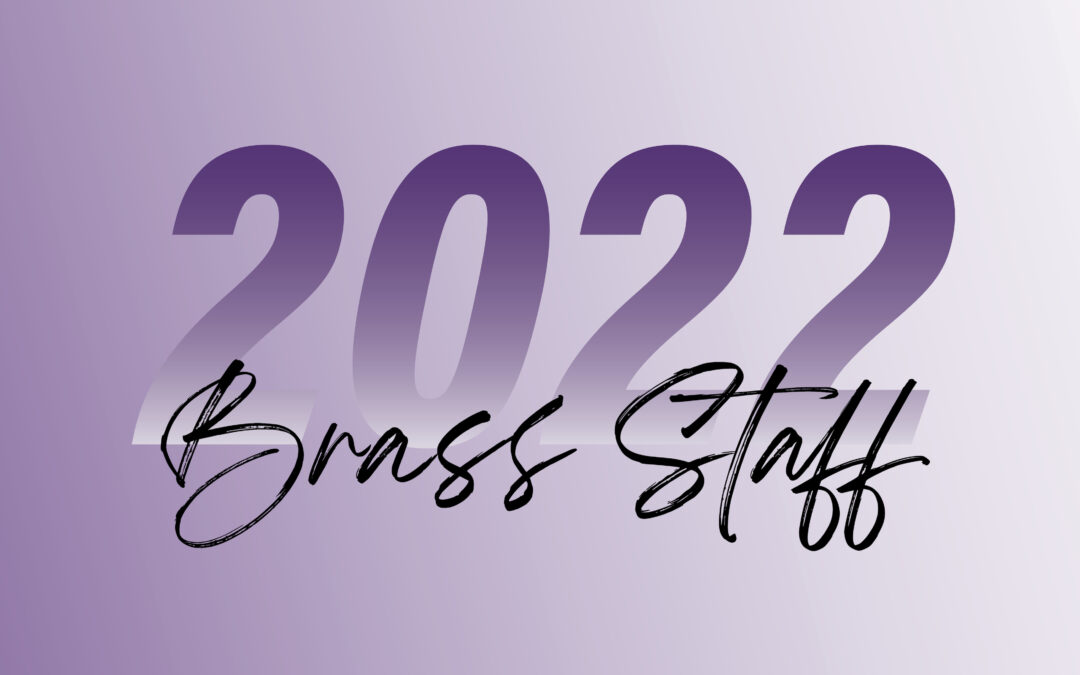 Louisiana Stars Drum and Bugle Corps presents the 2022 brass instructional staff. Our returning team of educators led by veteran caption head Eric Gaudet is excited to return to continue the growth of the Louisiana Stars hornline.

Eric Gaudet is a native of Thibodaux, Louisiana and currently lives in Lafayette, Louisiana. He received his Bachelor’s of Music Education from the University of Louisiana at Lafayette. He was previously the assistant band director at Comeaux High School. He is currently the director at Edgar Martin Middle School in Lafayette, Louisiana where he instructs students that range from 6-8th grade. He is also an active musician, adjudicator, and consultant in the community.

His drum corps experience started in 2011 as a member of the Glassmen Drum and Bugle corps in 2011 and 2012. He then went on to perform with the Santa Clara Vanguard during the 2013 marching season. Eric is very excited to start his 7th year with the Louisiana Stars and 4th year as the Brass Caption Head. Dr. Scott Tomlison is Associate Professor of Music and Coordinator of Music Education at the University of Arkansas- Fort Smith. His duties include supervising student teachers, teaching methods courses, and conducting the Jazz Band and Brass Ensemble. Prior to his appointment at UAFS, Dr. Tomlison was the Coordinator of Music Education and Chair of the D’Angelo Department of Music at Mercyhurst University in Erie, Pennsylvania. His responsibilities included teaching instrumental conducting, music education courses, and conducting the Mercyhurst Symphony Orchestra. He taught public school music for a total of nine years, including appointments at Poplar Bluff High School (Missouri), Gallatin Co. High School (Kentucky), Grant Co. High School (Kentucky), and Miami East High School (Ohio).

In addition to his Mercyhurst appointment, his previous collegiate experience includes Director of Bands at McPherson College and Manchester University. Dr. Tomlison has also served as Assistant Conductor of the University of Missouri Wind Ensemble and Concert Band, as well as drill writer for “Marching Mizzou” and the Murray State University Marching Band. While at Missouri and Murray State, Dr. Tomlison was active as a jazz performer and conducted the second and third jazz ensembles at both institutions. In 1985 and 1986 he marched with the drum corps, Star of Indiana, and became Brass Instructor and Brass Caption Head with Limited Edition from Columbus, Ohio (1989-1991). Most recently, he has served on the brass staff of the Music City Drum and Bugle Corps from Nashville, Tennessee (2011), 7th Regiment Drum and Bugle Corps from New London, Connecticut (2014-2017) and Louisiana Stars Drum and Bugle Corps from Lafayette, Louisiana (2018-present).

His research interests include using recordings as models in the rehearsal setting, concert program development, and ensemble grading practices. Dr. Tomlison has presented sessions on these important topics at several state and national music education conferences. He is the co-author of the Middle School Band Edition of Teaching Music Through Performance in Band. The volume was published in December of 2014.

Dr. Tomlison has served as adjudicator/clinician in Kentucky, Indiana, Ohio, Illinois, Missouri, Tennessee, Kansas, New York, Pennsylvania, West Virginia, Oklahoma, and Arkansas. He has twice been named to Who’s Who in America and Who’s Who in Collegiate Faculty. He holds a B.M.E. Degree from Eastern Kentucky University, an M.M.E. degree from Murray State University, and a Ph. D. in Curriculum and Instruction from the University of Missouri-Columbia. His professional affiliations include Arkansas Music Educators Association, National Association for Music Education, Oklahoma Secondary School Activities Association and Phi Mu Alpha. Gabriel C. Gonzales is from Livingston, Texas and graduated from Livingston High School in 2014. Gabriel, who is currently a fulltime student at McNeese State University, is working towards a Bachelor’s degree for Music Education. He has performed in the McNeese Wind Symphony, Symphonic Band, Jazz Band, and The Pride Of McNeese Marching Band. He first studied trumpet under Dave Scott, and following his retirement, now studies under Dr. Jacquelyn Lankford.

He had been a member of Phi Mu Alpha Sinfonia since the spring of 2016, and had previously held the position of Warden at the Rho Zeta Chapter. Gabriel marched his age-out year with Louisiana Stars Drum and Bugle Corps in 2017. Gabriel first joined the brass staff in 2018 and has instructed with Louisiana Stars since. Marie Looney is currently the Head Band Director at Neville High School in Monroe, Louisiana and is assisted by Sean O’Pry. She received a Bachelor of Music Education from the University of Louisiana at Monroe, where she participated in multiple ensembles and served as drum major for the Sound of Today in 2017. Marie has marched with the Louisiana Stars Drum and Bugle Corps in 2014 and the Blue Stars Drum and Bugle Corps in 2016. She has also worked with Monroe-West Monroe high school marching bands since 2015. She is native to Lafayette, Louisiana. Jaren Braud is a native of Orange, Texas, and graduated with his Bachelor’s Degree in Instrumental Music Education from McNeese State University. While attending college, Jaren spent his age-out season with the Crossmen Drum and Bugle Corps on Trumpet and served as both the Trumpet Section Leader and Brass Captain for The Pride of McNeese Marching Band. Jaren now holds the position of Director of Bands for the East Chambers Independent School District in Winnie, Texas where he continues to bring success to both the Concert and Marching Band programs. Lara Pitts is excited to return for her third year on staff with Louisiana Stars! A trombone player originally, Lara is a baritone alumna of Spirit Drum and Bugle Corps from Atlanta, GA. After aging out, she worked on the music staff for Music City Drum Corps from 2011-2012 and Spirit of Atlanta from 2013-2014. Lara is currently the Band Director at Forrest County Agricultural High School in Brooklyn, MS and has held that position since 2015. Her responsibilities with the program at FCAHS include teaching concert band, marching band, jazz combo groups and other small ensembles and serving as the chapter advisor for the school’s Tri M Music Honors Society. She also serves as the director for the middle school band program at South Forrest Attendance Center. Robert is Director of Bands at West Monroe High School, a position he has held since 2003. Previously, he was Associate Director from 1997-2003.

Robert is a native of West Monroe, LA and a graduate of West Monroe High School. He received the Bachelor of Music Education from Northwestern State University in Natchitoches, LA and the Master of Music in Euphonium Performance from the University of Southern Mississippi. Robert is also a former marching member of the Phantom Regiment Drum and Bugle Corps from Rockford, IL. He has held positions as Brass Professor at Pearl River Community College in Poplarville, MS and Director of Bands at North Forrest High School in Hattiesburg, MS. Currently, he is on the Brass Instructional Staff with the Louisiana Stars Drum and Bugle Corps from Lafayette, LA, a position he has held since the corps’ inception. Robert Freeman is active as a clinician and adjudicator in wind bands as well as the marching arts.

Robert’s bands have consistently garnered superior ratings in marching, concert and sight-reading. His bands have placed highly in regional, state and national performance competitions. They have appeared in many high profile events, including the 2005 Inaugural Parade of George W. Bush and the Inauguration of LA Governor Bobby Jindal. They made their first international appearance at the 2014 London New Years Day Parade in Westminster, UK. Most recently, the West Monroe High School Band was chosen as the Louisiana representative in the 58thPresidential Inaugural Parade. His professional affiliations include Phi Beta Mu, ASBDA, Phi Mu Alpha Sinfonia, LMEA and the District I Band Directors Association.

Jerin is joining Louisiana Stars for the first time as a member of the instructional team and is an alumnus of The Cavaliers Drum and Bugle Corps.