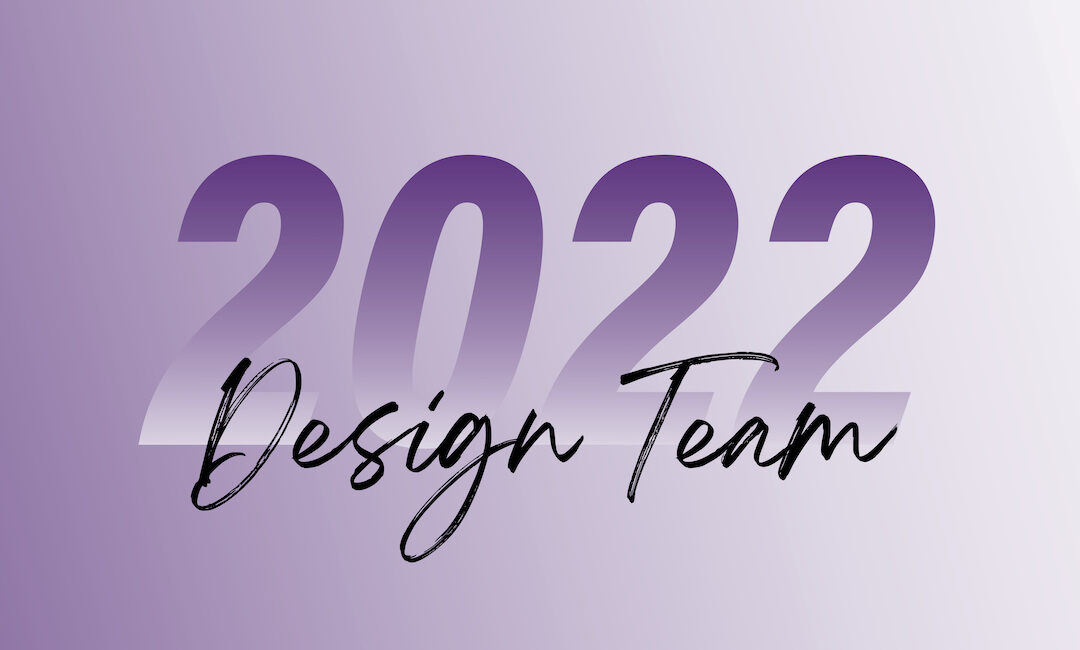 Louisiana Stars Drum and Bugle Corps is proud to announce the design and educational leadership team for the 2022 season. The entire team consists of returning designers and instructors who have been a part of developing the Louisiana Stars experience for several seasons. Combining their experience with their dedication to the success of the organization, we are very excited for what this season has in store. Todd Clevenger has been involved in the Pageantry Arts for over 30 years as a Designer, Instructor, Adjudicator, Consultant, and Clinician. Todd is returning to Louisiana Stars after serving as program coordinator during the corps’ ground-breaking 2019 season where the corps finished 4th in DCI Open Class Finals.

Todd previously served as the Visual Caption Head for the Troopers Drum and Bugle from Casper, Wyoming in 2016 and 2017. Todd was also the Visual Caption Head for the Blue Knights Drum and Bugle Corps from Denver, Colorado in 2013 and 2014 and was also on the visual staff for the Glassmen Drum and Bugle Corps from 2004 through 2008. Todd has been involved with dozens of High School programs all over the United States including Mililani HS, Ben Davis HS, Center Grove HS, Franklin Central HS, Northmont HS, Greenwood HS, Ooltewah HS, Las Vegas HS, New Palestine HS and Hilliard Darby HS. Pat Miller has been involved in the world of pageantry arts for over 30 years as an educator, designer, adjudicator, clinician and consultant.  Originally starting his career as a performer with the Garfield Cadets, Pas has worked with several DCI, BOA and scholastic championship programs.  He has worked with The Cadets, Glassmen, Blue Knights, Phantom Regiment, Troopers and has been the visual designer for the Louisiana Stars since 2019.  Pat has also worked with several scholastic programs including the Thomas Jefferson HS of Science and Technology(VA), Lassiter HS (GA) and is currently in his tenth year on staff with Braden River HS(FL).

Pat is an active adjudicator throughout the Southeast and Midwest and has been a guest conductor at the University of Georgia Middle School Honor Band Festival in Athens, Georgia. Pat earned his Music Education degree from George Mason University in Fairfax, Virginia and is currently in his seventeenth year as the Director of Middle and Upper School Bands at The Out-of-Door Academy, a PreK-12 independent college preparatory school in Sarasota, Florida. Ward Miller (b. 1978) grew up in Loachapoka, a small farming community near the city of Auburn, Alabama. He earned his bachelors of music education from Auburn University in 2001, where he served as webmaster, arranger, and an undergraduate teaching assistant with the Auburn University Marching Band. He graduated from Arizona State University in 2003 with a masters in Trombone Performance.

While in the Phoenix area, he served as a part time assistant and clinician with the Paradise Valley High School bands, the Mesa Community College Wind Ensemble, and the Phoenix Symphony Guild Youth Orchestra. He taught public school in Alabama for three years, serving as Director of Bands at Andalusia High School and at Pleasant Grove High School. Dr. Miller has served as the Musical Arranger, Drill Writer, and Assistant Director of the Macy’s Great American Marching Band in New York City since 2006. He was the director of the All-Star Band at the 100th annual Cherry Blossom Parade in Washington, D.C. He has appeared as a guest conductor and clinician and multiple concert honor bands throughout the United States. His marching band arrangements have been performed at competitions, including in Bands of America regionals, by high schools and colleges across the country.

In 2014, Dr. Miller was appointed the Brass Caption Head for the Blue Stars Drum and Bugle Corps of La Crosse, WI. Under his leadership, the hornline has placed in the top 12 and made finals for three consecutive years. His arrangements have been published by the DevMusic Company, and he is a published composer with the Tuba-Euphonium Press. He currently resides in Minneapolis, MN where he spends his time arranging and composing, and working as a music education consultant clinicing and judging bands. Gunner Vowell is returning for his ninth season with Louisiana Stars. Having served as a technician for the drumline and an Assistant Caption Head as well as a battery arranger, Gunner is now beginning his first year as Caption Head to lead the Louisiana Stars percussion program.

Gunner is a resident of Hattiesburg, MS and a former student at the University of Southern Mississippi. During his time at Southern Miss, he was the principal percussionist of the Wind Ensemble, captain of the Pride drumline, and vibraphonist in the Jazztet under the direction of Larry Panella. Gunner has been involved in drum corps for 10 years, playing snare drum with the Blue Knights in 2013 and teaching at Louisiana Stars since its inception in 2014. In Hattiesburg, Gunner has been the battery arranger and an instructor for state-champion and WGI world class finalist Petal High School since 2015.  Outside of marching percussion, Gunner is a former piano instructor for Groove House Music, a freelance percussionist and audio engineer, and an avid disc golfer and active member of the Hattiesburg Disc Golf Association. Evan T. McAleer is extremely happy to be returning for his fifth year with the Louisiana Stars of which this will be his third as Visual Caption Head. Evan is an active performer, designer, and educator. Evan has been a visual and drill designer for numerous schools across Louisiana for the past decade, and is thankful for the opportunity to help create performance opportunities for performers of all skill levels. In addition to his work in design and education, Evan serves as a member of the Allumer Quartet of which he is a founding member, and continues to work toward expanding the horn quartet repertoire through the commissioning and premiering of new music.

As an educator, Evan has served as a middle and high school band director throughout Louisiana, an instructional staff member for the Blue Knights, Phantom Regiment and Spirit of Atlanta Drum and Bugle Corps, and a clinician for numerous marching bands, winter guards, and indoor drumlines.

Eric Gaudet is a native of Thibodaux, Louisiana and currently lives in Lafayette, Louisiana. He received his Bachelor’s of Music Education from the University of Louisiana at Lafayette. He was previously the assistant band director at Comeaux High School. He is currently the director at Edgar Martin Middle School in Lafayette, Louisiana where he instructs students that range from 6-8th grade. He is also an active musician, adjudicator, and consultant in the community.

His drum corps experience started in 2011 as a member of the Glassmen Drum and Bugle corps in 2011 and 2012. He then went on to perform with the Santa Clara Vanguard during the 2013 marching season. Eric is very excited to start his 7th year with the Louisiana Stars and 4th year as the Brass Caption Head. Cody Hebert is an original founding staff member of the Louisiana Stars Drum & Bugle Corps dating back to the inaugural 2014 season. In 2012, he was a marching member of The Glassmen Drum & Bugle Corps of Toledo, OH. He is a composer/arranger in high regard within Louisiana. Currently, Cody is a member of the Board of Directors for the Louisiana/Mississippi Color Guard & Percussion Circuit (LMCGPC) as the Indoor Winds Supervisor.

Cody has previously served as Brass Arranger for the Louisiana Stars Drum & Bugle Corps. He has written and designed for many high school band programs across Louisiana, as well as serving as an arranger for The University of Louisiana, Lafayette’s “The Pride of Acadiana,” and the Nicholls State University “Pride of Nicholls” marching bands. Cody has also arranged for the St. Charles Parish Public Schools “RiverWinds” indoor winds program, which placed 5th overall nationally in the 2019 WGI season in Scholastic A, the group’s very first trip to Dayton, OH for championship competition.

Cody currently resides in Lafayette, LA. Besides being involved heavily within the marching arts, you can find Cody out on the water fishing, constantly buying watches as an avid collector, and spending time with his two amazing dogs, Jolie and Nola. After beginning his performing career at E. D. White Catholic High School in Thibodaux, Louisiana, Clayton then continued performing with The University of Louisiana at Lafayette and Lake Area Independent Winterguard. Clayton’s teaching career started in 2008 and has included working and choreographing for schools and programs such as E. D.White Catholic High School, Acadiana High School, Acadiana Independent Winterguard, Ouachita High School, West Ouachita High School, Lafayette High School, the University of Louisiana at Lafayette, West Monroe High School, Erath High School, Sterlington High School, Elite Percussion, Jordan High School, and Lake Area Independent. Under his direction, Clayton’s various groups have been given titles such as WGI Regional and Power Regional finalists, LMCGPC medalists, BOA Grand National Finalists, and DCI Open Class finalist. Clayton served as secretary on the Board of Directors for the LMCGPC for 6 consecutive terms. Currently residing in Fulshear, Tx, Clayton is a freelance judge and choreographer and an instructor for the Jordan High School Band and Guard. This is Clayton’s fourth year at Stars and his first year as Caption Head. He’s excited to see what 2022 has in store! Nicole graduated from the University of Louisiana at Lafayette with a major in Elementary Education. She is currently a first-grade teacher, color guard director at Erath High School, and a freelance color guard judge who lives in Lafayette, Louisiana. This is Nicole’s fifth year working with Louisiana Stars and her second year serving as Color Guard Co-Caption Head. She is very excited to be back with Louisiana Stars and can’t wait to see what the upcoming summer has in store!